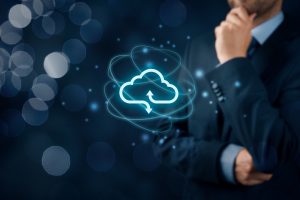 AWS’ performance issues have affected many of its Internet services worldwide in recent years – causing outages for many large companies, including Apple and Domino’s.

Unfortunately, these events have been quite damaging to Amazon, with companies such as Domino’s moving away from the use of AWS in favour of Azure.

Other factors working for Microsoft Azure include solid backing by IT professionals – many of whom say it is easier to use ‘out-of-the-box’.

It is also recognised by many administrators as being more ‘user-friendly’ for Windows.

However, as both cloud providers are continually improving their offerings and adding new capabilities, comparing one against the other does also very much depend on your individual needs and priorities.

When considering your cloud storage, it is well worth remembering that as one of the three ‘big boys’ of the cloud-computing world (the other being Google Cloud), Microsoft’s Azure operates on tiny margins – making the bulk of its profits from volume.

It is therefore imperative in the ‘cutthroat world’ of cloud storage for Azure (and AWS for that matter), to try and capture as much of the market as possible.

One of the main ways it does this is through regular price cuts – especially on the all-important ‘compute-storage’ combos.

This has been great news for consumers who have benefited from the resulting price wars with plummeting cloud-storage costs and hugely competitive services.

However, from an economic viewpoint, this has not always been good news for either Azure or AWS.

So let’s take a brief look at the offerings of both cloud-storage providers so you can decide for yourself, which is the most suitable for you:

Amazon groups its infrastructure into the four categories of:

Security-wise, they are all subject to Amazon’s usual security and identity services – which include the Amazon-hosted ‘Active Directory’, AWS ‘Identity Management’, and AWS ‘Certificate Manager’ for managing SSL/TLS certificates.

Azure has come as long way since it began in 2010, and can now match all of the AWS categories under its own headings of:

‘Compute’, ‘Data Management’ (which includes database) and ‘Performance and Networking’.

It secures these services using a combination of the Azure ‘Active Directory’, Active Directory ‘Federation Services’, ‘Multi-Factor Auth’, and a sophisticated ‘Role Based Access’ control model.

This last offering is used to extend the latest security advancements into the Cloud – and Azure also has a number of services and integrations for in-depth monitoring and alerting on infrastructure performance metrics and logs.

Finally, when deciding on cloud-storage platforms, it is worth considering that the same people who produce Microsoft Azure are also responsible for Microsoft Windows; and most of the other platforms in use today.

Therefore it goes without saying that Azure has excellent integration with all other Microsoft products – including ‘Visual Studio’ and TFS ‘Active Directory’.

You can also use your current ‘Active Directory’ accounts to sign in to Azure cloud offerings like Office 365 – or directly in to your Azure SQL database.

At the end of the day of course, everyone’s needs are slightly different, and the final choice is up to you, the consumer.

Is Windows 10 intruding on your privacy?The importance of backing up in the Cloud