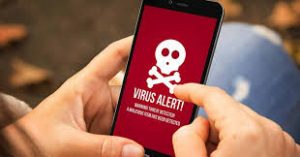 Malware (a combination of the words ‘malicious’ and ‘software’) refers to any software that forcibly gains access to or otherwise disrupts the normal operation of a computer or phone: often with damaging consequences.

For years, companies have manufactured software to combat such attacks on computers, tablets and laptops – and we all know just how important antivirus software is in doing this.

However, two questions not asked so regularly are:

Of course, most malware over the years has been associated with PC desktop operating systems – with Apple’s iOS platform somehow escaping the worst of it.

The main reason for this is Apple designed it with an emphasis on security – making a number of architectural decisions to ensure it was a fundamentally secure system.

This, along with careful monitoring of the Apple App Store for dodgy apps, is why 95 per cent of all malware problems on mobile phones affect Android-based phones.

These include Ransomware, worms, trojans, spyware and other viruses.

That is not to say your iPhone is immune – just that the likelihood of it contracting a virus is very much less.

Unfortunately, the rate of general mobile phone virus infection is definitely on the rise – with a recent Alcatel-Lucent (now Nokia) study revealing that 16 million mobile devices were hit with malware in 2014.

The Nokia Motive Security Labs malware report looked at all popular mobile device platforms, and found Android devices have caught up with Windows laptops in terms of malware attack numbers, with infection rates between Android and Windows devices split 50/50.

However, by downloading apps only from the official Google Play Store, Android users are much less unlikely to encounter any of the dangerous malware out there – the majority of which comes from unauthorised or unofficial app stores.

Fortunately, there are a number of high-quality Android antivirus and anti-malware apps available for users.

Reliable testing site AV-Test.org gave the above apps top marks after putting them through some of the most stringent virus detection tests on over 3000 pieces of real-world malware.

One good way to protect your Android phone from the serious threat of ‘malvertising’ (malicious advertising) is to use Disconnect – a great privacy extension for your browser.

Malvertising is a fairly new development in malware – but it is growing fast and doing a lot of damage.

Also, by using the Adblock browser – powered by AdBlock Plus – you can stop the ads from loading in the first place.

From the above information it seems clear the risk of downloading phone malware depends very much on the mobile platform being used.

However, no matter which smartphone you have – it is definitely recommended you have some form of anti-virus protection.

For more information on this or any other computer-based enquiry, please contact Adam at Core-IT on (08) 9200 6030.