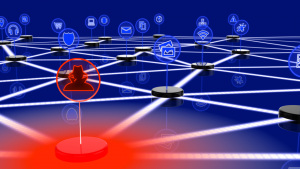 According to recent international media coverage, it is looking increasingly likely 2017 will be the ‘year of the hacker’.

And as computer hacking becomes more sophisticated, cyber security becomes a much greater concern for many companies and organisations.

Obviously, as more and more devices become Internet-enabled and accessible from almost anywhere – the real problem arises when security measures lag behind the advancing technology.

This is something the team at Core IT is well aware of.

For example, take the rise of ‘ransomware’ in recent years.

Ransomware is a type of malicious software designed to block access to a computer system until a sum of money is paid.

And since it is so profitable for hackers and cyber attackers, the ransomware threat will only continue to evolve and grow in 2017.

In fact, it has been reported that about 390,000 new malware variants are released each day.

Of course, organisations cannot afford to be complacent and need to adopt more effective strategies to defeat this ever-advancing malware.

And should you have any concerns about any email you have received, please forward it to Core IT so they can confirm if it is a spam email or not.

As we move into 2017, attackers are already beginning to shift their approach.

One simple but effective way is to use legitimate credentials and software to gain access to computer systems.

This can be carried out in many ways including people accessing the premises, by credential theft, or via ‘Man in The Middle’ (MiTM) attacks.

MiTM attacks are fast becoming a popular method for hackers to get between a sender and a receiver – on mobile devices as well as traditional computers.

The real danger with MiTM attacks is the hackers can intercept, send, receive and modify data without the sender or receiver even knowing it is happening.

Another area of attack on the rise in 2017 is likely to be the increased targeting of social media and personal emails via the bypassing of network defences.

The most dangerous aspect of this is that it enables the attackers to manipulate their victims with offers or threats.

Hackers are well aware of how to directly target users and endpoints through advanced computer attacks.

Therefore, it is crucial industry and organisations become much more proactive in 2017 in reducing the risk of attacks – rather than simply dealing with threats as they are detected.

2017 will also likely see an even greater integration between software developers and other IT professionals – as the process of software delivery and infrastructure changes becomes even more automated.

It is also expected that spending on cyber security will increase dramatically in 2017 – particularly as the links between Development and Operations (DevOps) and security, strengthen.

Security concerns will also play a big part in the all-encompassing Internet of Things (IoT) in 2017.

IoT is the inter-networking of physical devices, appliances, vehicles, buildings and other items, which are embedded with electronics and software to collect and exchange data.

In 2017, the adoption of IoT is likely to rise – meaning cyber security and safety around IoT will again be a major obstacle to consumers.

This lack of confidence may also prevent many possible buyers from fully welcoming these inter-connected devices into their homes and lifestyles.